In past weeks’ news, wildfires and the threat of fire damage have dominated the headlines. Now,  with the incoming El Niño weather fronts, concerns over flooding have overtaken the headlines. Only hours after a wildfire along Cajon Pass was contained, the same region experienced record-breaking rainfalls that washed out an interstate in the area. 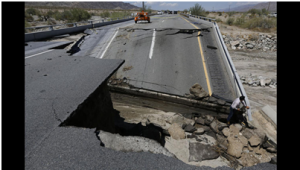 “It's a sweet promising start,” said Bill Patzert, climatologist for NASA's Jet Propulsion Laboratory, about the rainfall but then added: “Except for all the damage it does…. Be careful for what you wish for. Great droughts usually end in great floods.”

Riverside County Supervisor John Benoit had another take on the recent flooding.

“This is the worst damage I've ever seen from rain,” he said as he looked over the twisted metal rebar from the collapsed bridge. “You build for the 100-year event. But sometimes nature tells you, ‘Hey, we are still in charge.' ”

Whether fire or flood damage is your primary concern, it’s important to maintain contact with your insurance company to learn the proper reporting procedures. You never know when you’ll need to call upon the aid of a restoration services provider.

With summer underway, California residents are well aware of the persistent risk of fire damage to their homes, especially from wildfires. What many do not know, however, is that many of these fires are done deliberately out of malice. According to the California Department of Forestry and Fire Protection, 1 in 5 wildfires have been attributed to arson since 2007. Just last year, over 1000 wildfires were started deliberately.

“We investigate all fires, and arson is one potential cause of many,” saidCalFire Investigator Jennifer Ricci, adding, “There has to be an ignition source. That's our job — to figure out that ignition source.”

One individual that was recently arrested is connected to nearly 11 wildfires since 2012.

“To commit arson during these drought conditions is an exceptionally heinous act and we will seek prosecution to the fullest extent under the law,” said Chief Ken Pimlott, director of CalFire.

Regardless of the source, once fire gets going, it’s a challenge to stop. It’s important that California residents be prepared for any fire regardless of source.

“All fires are destructive,” said Ricci, adding, “Whatever causes that fire, the end result is the same. The fire doesn't know the difference.”

According to the National Fire Protection Association, arson is the most frequent cause of household fire damage other than fires from appliances such as heating and cooking devices. Deliberate fires are usually done with either destructive intent or the intent to collect on insurance money.

In the wake of extreme dryness and prevalent wildfires across the state, many California cities have opted out of this year’s fireworks-based Fourth of July festivities, as USA Today reports:

“Fire fears have escalated since last year's celebrations. The fourth year of a drought has produced tinder-like conditions. More than 71% of the state is in an extreme drought and 47% is in exceptional drought, characterized by ‘shortages of water in reservoirs, streams, and wells creating water emergencies,’ according to the National Drought Mitigation Center.

In Eldorado, Calif., firefighters this week battled three grass fires that had started from lightning strikes.

According to Cal Fire, last year there were over 300 fires in the state sparked by fireworks. Fireworks approved by the state fire marshal are on sale in 300 communities in California.

‘As we head into the fourth summer of a severe drought, it is more important than ever that everyone use an abundance of caution to avoid sparking a fire,’ said Chief Ken Pimlott, director of CAL FIRE, in a statement earlier this week.

The National Council on Fireworks Safety has a list of recommendations to minimize the risk of fire damage:

It’s heating up here in Temecula, and swim suit season is in full force. However, with the Southern California summer comes the Southern California fire risk. Already in the recent days of Summer 2015, Temecula residents have been put on notice regarding potential fire risk to the area. The warning serves as a reminder that the homes of Temecula locals are always at risk of fire damage. Is your family ready for when fire damage strikes? Statistics from the American Red Cross suggest that it probably isn’t.  Luckily, there are some easy steps to take to ensure better preparedness.

The Department of Forestry and Fire Protection advises homeowners to minimize the presence of flammable brush and material near your home, effectively creating a “buffer space” between the house and any brush in the area. Removing dead plants from your lawn, moving firewood piles away from the house, and trimming overhanging branches can all contribute to an anti-fire “buffer space”. This space should range from 30 to 100 feet depending on the size of your property.

With how frequent wild fires occur in Southern California, The Department of Forestry and Fire Protection also advises homeowners to have an emergency plan in place for when fire strikes. The steps in this plan are as simple as establishing a meeting place for family members after evacuation, establishing escape routes, and arranging emergency contacts. Despite an emergency plan’s simplicity, a shocking amount of families don’t have one in place. By sitting down with your family and hashing out a simple emergency plan, you can ensure that when disaster strikes, everyone will be prepared.

When a wildfire does strike, there won’t be much you can do to hold back the flames and prevent fire damage. Instead, ensure that you have a homeowner’s insurance policy that covers fire damage, and know what the procedure is for when the worst happens. You might not be able to stop a wildfire already happening, but you can make sure that any fire damage dealt to your home can be easily repaired once the worst has passed.

Not a lot of Temecula residents are prepared for when fire damage and wildfires strike. Make yourself the exception! By taking precautionary measures with your property, arranging an emergency plan with your family, and keeping up to speed with your insurance property, you can maximize the safety of both your loved-ones and property. 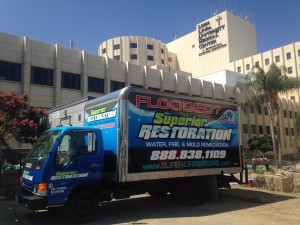 Loma Linda medical center had some major flooding over the last week. Over 20 different areas were under water from some of the previous storms.
We were called out to prevent further damage from the water and to dry out the areas with the least amount of demolition possible.
Through the use of our specialty drying systems we were able to dry the property out and get Loma Linda medical center operational again.
We love this kind of work! 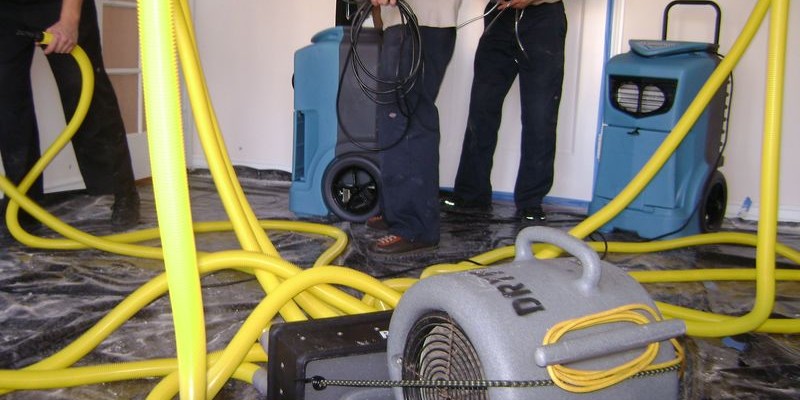 You might want to ask yourself if it ever rains in your town or city; or if the property you own has plumbing lines. Unless you live out in the middle of the desert, you are certainly always at risk of experiencing some type of water damage to your home or place of business. Water can be equally as disastrous as fire; there is no difference when every item you own can be destroyed beyond recognition. Unfortunately, as is the case with a fire having engulfed an entire property, restoration of water damaged facilities is just as difficult to perform, if not impossible (often the case).

Water damage is obviously a matter that should be taken seriously. It occurs far more often than people may think. Statistics published by the U.S. Fire Administration indicate an average of approximately one and half million fires occur each year in the United States, resulting in losses of about 11 billion dollars. It can be said that all homeowners have experienced loss due to water damage, meaning a lot more cases than fires, and generally a much more costly situation overall. One can easily determine that water damage cleaning services are called out to locations more often than the fire department. What may seem mind-boggling is that if the water wasn’t from a natural disaster, such as a hurricane or flooding of river or lake, over 90% of them could have been prevented by taking precautionary measures.

Don’t let your guard down. A small drip from a leaking pipe in your home could, over time, collapse the house. You can prevent water damage by conducting a thorough check of pipes, hoses from appliances such as dishwashers or washing machines, roof shingles, air conditioning insulation, drains, and rain gutters. You will surely be far more satisfied with having saved your lifetime personal items than filing a claim with the insurance company for money that can’t replace those sentimental possessions. That is, if you are covered.

We are extremely grateful for every employee of Superior Restoration. We truly do have an A Team!